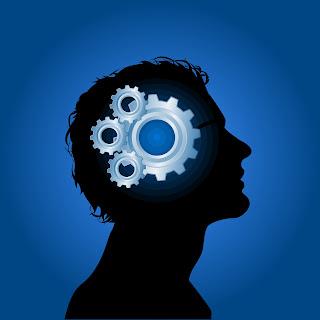 Blogging is not new for me, but it has been some time since I have been serious about it. I have been involved in Christian ministry now for many years. However, it has only been the past couple years that I have focused primarily on Christian apologetics. This will be my first apologetics blog. I initially resisted creating an apologetics blog because my time was limited to write and I had begun writing a couple books already. However, this is the new media age and being such, I feel it is good for me to have a web presence beyond social networking.


"A little philosophy inclineth man’s mind to atheism; but depth in philosophy bringeth men’s minds about to religion."
– Francis Bacon

I am certain that there will be people who come across my blog and find the title “Christian Freethinker” surprising.  By definition, a freethinker is a person who forms his or her ideas and opinions independently of authority or accepted views. The assumption is a freethinker is one who thinks critically about everything. This should include thinking critically about more than theology, but about atheist ideas as well. Yet, the term “freethinker” has been primarily thought of in terms of being skeptical of religious dogma. The assertion from the Atheist has been that by applying critical thinking to all areas of one’s life they will become highly skeptical of any belief in God or the supernatural. (i.e. they are saying if you are intelligent and use your mind you will share their opinion,)
However, I have encountered numerous atheists and other critics of Christianity who by all accounts have stopped thinking critically, if they have every seriously thought critically at all, or for that matter even know what it means to do so. The common perception among them is that by being critical of religion (particularly Christianity in the west), they are exercising critical thinking. However, critical thinking implies not only questioning authority and commonly held views, but your own views as well.
Critical thinking has often been popularly described as “thinking about thinking.” Stephen Brookfield is an award winning expert on education and teaching critical thinking skills. Below is his definition of what critical thinking really is.

Having been involved in the field of Christian Apologetics these past few years I have noticed that not all, but most Atheists I have encountered do not seem to be very much interested in the arguments that challenge their assumptions. They will spend enormous amounts of time reading the works of Hume, Russell, Crick and Dawkins, but give little time to hearing what William Lane Craig, Paul Copand or Hugh Ross have to say about the matter. In essence they become adherers to a different dogma, the dogma of naturalism. For skeptics, naturalism has become a mind-blocking dogma.

Of course the most dogmatic of the Atheist orthodoxy will be the ones most dogmatic that their beliefs are not based upon presumption and dogma. This is something Chesterton recognized long ago.

Yet, amongst my fellow Christian apologists, we have a much stronger tendency to take the arguments of the so-called freethinking skeptics seriously. It is important to us to truly understand the arguments of our philosophical opponents, and if we get something wrong (in general) we correct ourselves. There is not one of us who has not wrestled with some of the very same doubtful disputations that the critic of Christianity uses against the faith. Yet after exercising our critical thinking skills we have come to the conclusion that the evidence supports that our faith in Christ is well founded.
In this blog I have titled “The Christian Freethinker” I hope to help Christians and non-believers alike to improve their critical thinking skills. In the words of former atheist Antony Flew as inspired by Aristotle, let us follow the evidence wherever it leads!
Posted by Anthony J. Wichowski at 9:39 AM